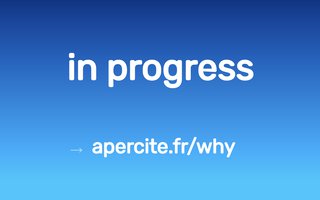 The New Inquiry is a space for discussion that aspires to enrich cultural and public life by putting all available resources — both digital and material — toward the promotion and exploration of ideas.

What Is the New Inquiry?

It’s a strange time, isn’t it, when the loser wins? And yet here we are: Trump is in the White House, columnists are warming to their new war leader, and editorial boards, surprised that their coverage of Donald Trump fueled his ascent, are cashing in on the confusion they sowed.

The New York Times just added a climate change denier to its opinion pages, New York magazine prints the speculations of a eugenicist on its cover, and the same career pundits that defended the War on Terror as a fight against “Islamofascism” urge us to be moderate as Nazis swagger around the highest office. These are not the thinkers who will disarm either the ethno-nationalists eager to test their assault rifles at the gates of camps or techno-utopian libertarians hoping to welcome the Singularity from their seasteading city-states. If the resistance requires a subscription, it shouldn’t be to the past.

In this moment, as liberalism gasps for air, the very least we can do is cross our arms and refuse to resuscitate. There’s no reason to tolerate the forecasts of those far removed from the realities they’re attempting to describe. Wouldn’t it be nice if there were a publication that had always been looking at this future?

New Inquiry subscribers have long been reading about the world we live in. Since 2009, we’ve critiqued the bourgeois press and its failure to reckon with our realities, covering debt, cops, love, and tech before our writers were poached by magazines with bigger budgets. We’re concerned with building a left that doesn’t reproduce what we critique, be that the Democratic party, anti-Blackness, transmisogyny, settler colonialism, or liberal optimism. As such we don’t talk about organizing “the white working class” or “reforming” that which must be abolished [the police, prisons, and the state]. The important thing a magazine can do, we think, is to ask the right questions—it’s right there in our name.

We’ve also been asked good questions from our readers: Why are our page margins so wide? How do I read back issues? What do I get if I’m a subscriber? How can I search the archive? As an ad- and paywall-free, reader-funded independent organization, we haven’t had the money to improve the site since we first started publishing a monthly magazine in 2012.

Until now. Thanks to the backing of our readership, we are proud to present a fresh website, and with it, an easier way to support us and gain access to everything we’ve published. We’re also lowering our barrier for access back to $2 a month.

Just two dollars unlocks all sixty past magazine issues — an invaluable archive of evergreen criticism from the post-crash era. Looking for insight on Modern Monetary Theory? How about food and appetites? Microfame and online resentment? Love and sexuality? The Tinderization of everyday life? Witches and outer space? Our futures? We’ve got you covered. And when any reactionaries ask, you can tell them you cared about surveillance, borders, and drones while Obama was president too.

Ever wonder why Nicholas Kristof thinks hugs cure poverty? Why you can’t trust the dulcet tones of Radiolab? Why Silicon Valley thinks nerds are a race and Peter Thiel is obsessed with blood? Are you also made uneasy by the blondes of empire? Is the current social order making you sick?

We’ve never pretended to live in a world where neutrality was affordable, let alone morally defensible. We don’t believe in “both sides.” We believe in ours and we’re clear about our stakes. We know there’s a time to loot, a time to riot, and a time to deck nazis. While Chait and Brooks admonish students for being bad customers, we insist the customer is always right.

We’re living through a historically unstable moment. The forces of capital that appeared to neutralize the liberation movements of previous generations are resorting to violence to hold us back. Join us as we bring revolutionary energies to bear on the organs of ruling-class discourse. For only $2 a month, you have nothing to lose but your change.

Pfizer Walk With Me

Beatrice Adler-Bolton, 13. September 2021
“If there is a lesson [from this crisis] it is that intellectual property is the blood of the private sector.” — Pfizer CEO Albert Bourla, International Federation of Pharmaceutical Manufacturers & Associations media briefing; December 8, 2020 From early in the pandemic, (...)

From Gender Critical to QAnon: Anti-Trans Politics and the Laundering of Conspiracy

Peer Illner, 13. September 2021
Peer Illner, Disasters and Social Reproduction: Crisis Response between the State and Community. Pluto Press, 2021. 176 pages. In the context of ongoing governmental failures to address the pandemic and natural disasters, conversations around mutual aid have expanded beyond (...)

TNI, 13. September 2021
The universal truth of COVID-19 is that it has prompted no universal experience. Despite early-stage assurances from “global leaders” like the WHO that we were, all of us, “in this together,” the pandemic did not produce the communal bonds that collective trauma typically yields. Instead, it (...)

Natasha Lennard, 14. Juni 2021
One day after George Floyd’s death, crowds flooded the streets of Minneapolis and Saint Paul. On the third day of raging protests, a contingent of rebels besieged the Minneapolis Police Department’s Third Precinct. In retreat, the cops abandoned the building, and by the next morning, it (...)

Palestine is Free (If You Want It)

Rachel Rosenfelt, 15. Mai 2021
A powerful Joint Statement by Palestinians in North America published on 15 May, 2021 on the 73rd anniversary of the Nakba reads: We commemorate the loss experienced by Palestinians in 1948 when hundreds of thousands of our people were forced into exile and saw their homes and villages stolen (...)

Alexia Garcia, 13. November 2020
Since 2015, the Sindicato Popular de Vendedores Ambulantes (Popular Union of Street Vendors) has been organizing to defend people who work as street vendors across Spain. Known as manteros, vendors can be spotted around most major Spanish cities, selling everything from purses to soccer (...)

Hil Malatino, 31. August 2020
The last time we met, it was at a Thai place on Front Street, just north of where the Chenango and the Susquehanna rivers meet, in the midst of a slowly transforming downtown that still retains a desiccated Rust Belt patina, though now there’s a beer bar, a couple of coffee shops, a yoga (...)

Yasmina Price, 27. August 2020
Sarah Maldoror was a voice for history. I borrow this phrase from Euzhan Palcy, a Black woman filmmaker, like Maldoror, who demanded an autonomous place behind the camera. Aimé Césaire: A Voice for History (1994) is Palcy’s magnificent three-part film on her mentor, the Négritude founder, (...)

Alex Benham, 24. August 2020
Late in the first book of ​Paradise Lost​, John Milton invents the word “Pandemonium.” Milton gives the word to English as the name of Satan’s capital, a place where his demons gather amid the chaos to dream of a new order and found a new world. Where today the word has come to mean havoc and (...)